This past weekend the KenExers made the first of many trips to London! Boarding the 8:50 train from Exeter St. David’s into London Paddington was an experience. None of us had ever really had railway training and finding the track and sorting through the tickets felt a bit chaotic. 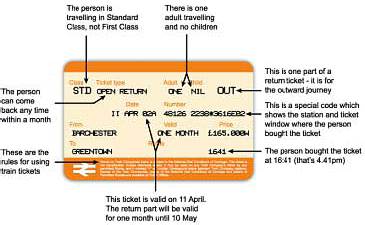 Once we got into Paddington station, we quickly rushed to buy tickets for the Tube. Logan and I ended up in a different line than everyone else, and fortuitously were able to get our Oyster Cards early. For those who haven’t dealt with the London Underground an Oyster Card is a bit like a debit card that you swipe whenever you take a Tube trip. It saves a lot of money because you only get charged up to 5 pounds (the price of an unlimited ticket). 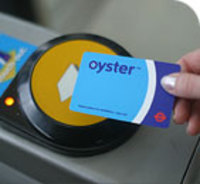 Oyster cards (or tickets) in hand, we proceeded to the National Theatre to see a performance of Prince of Denmark. Supposed to be a prequel to Hamlet, the play was a great concept but a terrible execution. I’m really glad that I got to see it; it gave me a lot of interesting jumping off points for my review!

Just after the play we all checked into the hotel. We stayed in a delightful little family-run hotel called the Harlingford. Situated in the heart of Bloomsbury, it struck me as the perfect place for literary-minded students to spend the weekend. 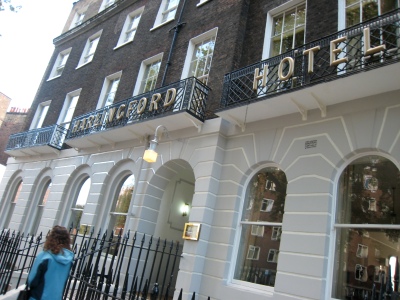 I was one of the lucky ones who had a room in the basement! There are no lifts in the hotel, which is perhaps its only drawback. The room was really beautiful and the bed was incredibly comfortable–a welcome change from the mattress in my dorm room! 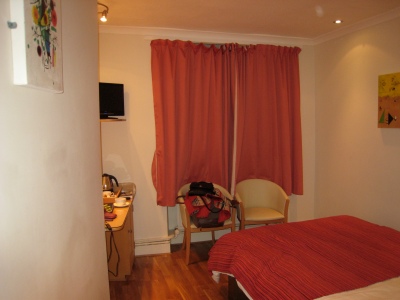 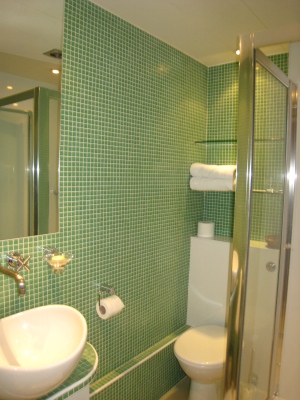 After refreshing ourselves and grabbing a quick bite to eat, we went to a performance of War Horse. Despite my initial misgivings about a play with life-sized horse puppets I was blown away. The acting, for the most part, was phenomenal and the puppeteer stole the show. I forgot that the horses were not just well-trained animals at times–the mark of excellent puppeteering!

Because we got out of the play so late and none of the food places were open we were forced to grab dinner at the only two places open: the supermarket and McDonald’s! Now I’m not proud to admit I ate American fast food in London but we really had no other choice! 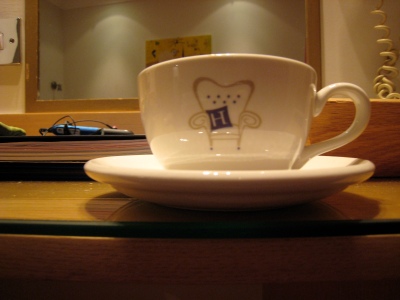 In the morning, I had several cups of tea before heading upstairs for breakfast. The meal that they serve in the morning could feed a small army! A spread is put out of cereal, porridge oats, various fruits and juices. THEN a very nice man comes over to take your order for which type of English breakfast you’d prefer. Heaven! (especially for someone on a student’s budget). Kidnapping some cheese sticks, Samantha and I got an early start to Portobello Road Market where we were quickly overwhelmed by the number of vendors setting up their wares.

As far as we could see there were stalls full of goodies! We managed to get out of there without doing too much damage to our pocketbooks and stumbled into a cute tea place for a chat and some time off of our feet.

We then made our way to the Tower of London to do a tour with friends. What started out as a simple journey with two tube changes very quickly turned into a “typical Londoner experience” of the Tube not working. Forced to abandon our train at an unknown station, Samantha and I attempted to find where we were on a map and continue our journey on foot. 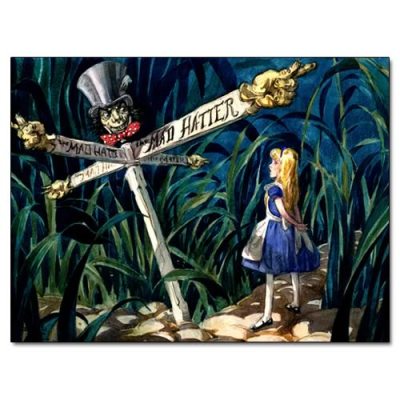 I felt a little bit like Alice, lost in Wonderland. For those of you who’ve have never been in the car with me, my sense of direction is somewhat lacking….okay so that’s probably an understatement. I could probably get lost coming out of a paper bag. I did, however, manage to navigate Sam and I to another tube station–SUCCESS!

The Tower was wonderful but intensely sad. Seeing where Elizabeth I and Thomas More were locked up for so many years was very depressing. We had a beef-eater guide who took every chance he could to poke fun at the Americans–and his wife! The tour was very interesting and informative and we spent a few hours wandering around the Tower after, just exploring all the exhibits! It felt a bit like the Escher vault from Warehouse 13 (a great show on Syfy for those of you who’ve never heard of it); we kept going into buildings and being routed through unseen corridors before we could get out again!

A wonderful dinner at Grace’s Bar followed by a performance of Hamlet at the National Theatre finished off the night. I could go on forever about this Hamlet, it was spectacular, but I won’t bore you with the details. (Though, I’d love to talk to you on skype if you’re interested in the performance details!)

Sunday morning saw us exploring The Foundling museum in Bloomsbury. (The picture above is of the little park across the street from the museum). Oliver Twist was based on the orphanage/hospital that the museum commemorates. There were uniforms of the children as well as other artifacts from the original inhabitants but by far the most interesting was the “threads” exhibit. Most of the parents who left their children didn’t have any token to leave with their child–to claim them by later, if they so desired–so they left scraps of cloth. The fabrics showcased were truly amazing. Here’s a decoration in the museum to celebrate the opening of the exhibit: 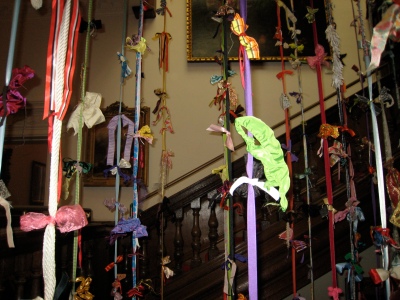 The picture doesn’t do the art piece justice. It was like a massive chandelier made entirely out of ribbons! 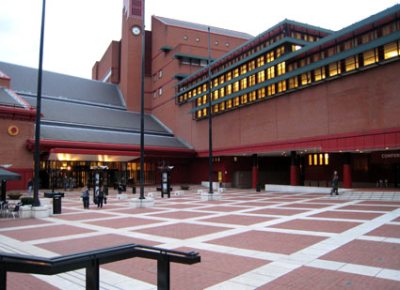 After the museum, Sam and I meandered into the British Library! All the restraint that I’d show at Portobello Road Market was lost when I found the gift shop; I am now the proud owner of a poster, key-chain, set of notecards and a journal. I have no doubt that I will be returning to the library next time we are in London (and every time thereafter). There was an instant feeling of “home” when I set foot inside the BL and all of the anxiety I had been feeling about being abroad suddenly dissipated. I was overwhelmed by the sense of “rightness” I felt in being there; it quelled the fears I’ve had about whether librarianship is my calling. If those moments were any indication I am most certainly headed down the right path! 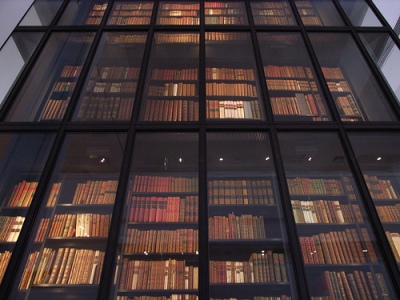 The perfect end to a weekend in London!

Ta for now, I must go read some more of Tess of the D’Ubervilles,

(Next time I will try to post several blogs about a trip, I just didn’t have time!)

One thought on “Back from London Town!”