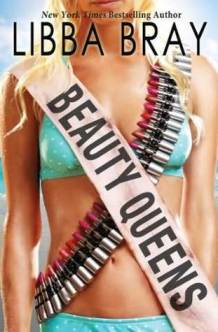 The Wake of the Lorelei Lee: Being an Account of the Adventures of Jacky Faber, on her Way to Botany Bay by L.A. Meyer

As the new captain of the Lorelei Lee, Jacky Faber can’t wait to live an exciting life on the high seas. But when’s she is arrested and put on a ship headed for the prisoner’s island of Australia, Jacky gets a very different adventure than she expected.

Briony Larkin has two secrets: she’s a witch and she is the reason her sister Rose became ill. Filled with twists and turns at ever page, this magical story will have you wondering what happens next.

Cat’s friends mean everything to her, so when one of them is attacked for being himself she resolves to find out who is responsible. The down-to-earth writing and no-nonsense plot are sure to leave you wanting more.

Between Shades of Gray by Ruta Sepetys

Drawing has always been a part of Lina’s life but when Soviet’s forcer her family out of their home and into a Siberian work camp, her life may depend on it. Follow Lina as she tries to make sense of family, art and life in the midst of World War II.

Lord of the Flies by William Golding

When Ralph, Piggy and their friends survive a tragic plane-crash, they must find a way to survive on a remote island with no supplies, or adults. Things go from bad to worse as the boys slowly forget what it’s like to live in society.

Tally Youngblood has always dreamed of her sixteenth birthday when she can finally become pretty and move to New Pretty Town. When Tally’s new friend tells her about the other consequences of the surgery, Tally is forced to choose between what is right and what is easy.

Putting Makeup on the Fat Boy by Bil Wright

Carlos Duarte is not your typical high school student, for starters he’s fashionable, on trend and already has his dream job as a makeup artist. Can Carlos survive the cutthroat world of NYC makeup

Hannah has committed a crime but not just any crime, a crime that is bad enough to have her skin melachromed. Walking around with red skin is bad enough, but when she finds out the government wants her dead she must join the Resistance and fight.

Invites to the exclusive Alpha Academy only go to the prettiest, most popular girls and Skye Hamilton finally scored a spot. Testing her physical, mental and emotional limits, Skye soon finds out that being the most popular isn’t enough.

Girl Detective Nancy Drew is hot on the trail of a shoplifter when she finds out that the culprit may be in a local beauty pageant. Determined to solve the mystery, Nancy enrolls in the Miss Pretty Face River Heights Beauty Pageant. Follow Nancy as she tries to solve the case, compete in a pageant and keep her boyfriend!

If you missed the trailer for Beauty Queens by Libba Bray, check it out here.

2 thoughts on “If You Liked Beauty Queens by Libba Bray….”