Since there are so many books on my wishlist right now, I thought I would share! Here are some books that I can’t wait to be released. 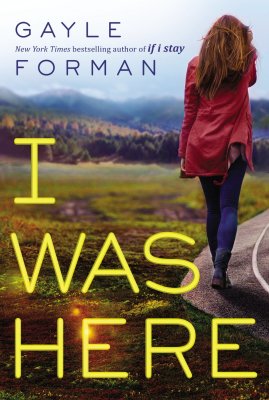 I Was Here by Gayle Forman
(January 27)

Cody and Meg were inseparable.
Two peas in a pod.
Until . . . they weren’t anymore.When her best friend Meg drinks a bottle of industrial-strength cleaner alone in a motel room, Cody is understandably shocked and devastated. She and Meg shared everything—so how was there no warning? But when Cody travels to Meg’s college town to pack up the belongings left behind, she discovers that there’s a lot that Meg never told her. About her old roommates, the sort of people Cody never would have met in her dead-end small town in Washington. About Ben McAllister, the boy with a guitar and a sneer, and some secrets of his own. And about an encrypted computer file that Cody can’t open—until she does, and suddenly everything Cody thought she knew about her best friend’s death gets thrown into question. 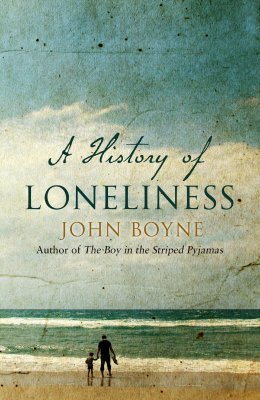 A History of Loneliness by John Boyne

The riveting narrative of an honorable Irish priest who finds the church collapsing around him at a pivotal moment in its history   Propelled into the priesthood by a family tragedy, Odran Yates is full of hope and ambition. When he arrives at Clonliffe Seminary in the 1970s, it is a time in Ireland when priests are highly respected, and Odran believes that he is pledging his life to “the good.”        Forty years later, Odran’s devotion is caught in revelations that shatter the Irish people’s faith in the Catholic Church. He sees his friends stand trial, colleagues jailed, the lives of young parishioners destroyed, and grows nervous of venturing out in public for fear of disapproving stares and insults. At one point, he is even arrested when he takes the hand of a young boy and leads him out of a department store looking for the boy’s mother.        But when a family event opens wounds from his past, he is forced to confront the demons that have raged within the church, and to recognize his own complicity in their propagation, within both the institution and his own family.        A novel as intimate as it is universal, A History of Loneliness is about the stories we tell ourselves to make peace with our lives. It confirms Boyne as one of the most searching storytellers of his generation. 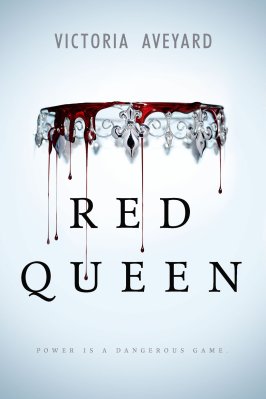 Graceling meets The Selection in debut novelist Victoria Aveyard’s sweeping tale of seventeen-year-old Mare, a common girl whose once-latent magical power draws her into the dangerous intrigue of the king’s palace. Will her power save her or condemn her? Mare Barrow’s world is divided by blood—those with common, Red blood serve the Silver- blooded elite, who are gifted with superhuman abilities. Mare is a Red, scraping by as a thief in a poor, rural village, until a twist of fate throws her in front of the Silver court. Before the king, princes, and all the nobles, she discovers she has an ability of her own. To cover up this impossibility, the king forces her to play the role of a lost Silver princess and betroths her to one of his own sons. As Mare is drawn further into the Silver world, she risks everything and uses her new position to help the Scarlet Guard—a growing Red rebellion—even as her heart tugs her in an impossible direction. One wrong move can lead to her death, but in the dangerous game she plays, the only certainty is betrayal.

The Wicked Will Rise by Danielle Paige
(March 31)

In this sequel to the New York Times bestselling Dorothy Must Die, who is good—and who is actually Wicked?

My name is Amy Gumm—and I’m the other girl from Kansas.

After a tornado swept through my trailer park, I ended up in Oz.

But it wasn’t like the Oz I knew from books and movies. Dorothy had returned, but she was now a ruthless dictator. Glinda could no longer be called the Good Witch. And the Wicked Witches who were left? They’d joined forces as the Revolutionary Order of the Wicked, and they wanted to recruit me.

Except my job as assassin didn’t work out as planned. Dorothy is still alive. The Order has vanished. And the home I couldn’t wait to leave behind might be in danger.

Somehow, across a twisted and divided land, I have to find the Order, protect the true ruler of Oz, take Dorothy and her henchmen down—and try to figure out what I’m really doing here. 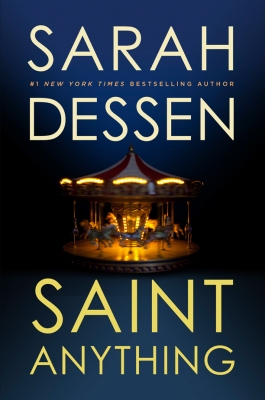 Peyton, Sydney’s charismatic older brother, has always been the star of the family, receiving the lion’s share of their parents’ attention and—lately—concern. When Peyton’s increasingly reckless behavior culminates in an accident, a drunk driving conviction, and a jail sentence, Sydney is cast adrift, searching for her place in the family and the world. When everyone else is so worried about Peyton, is she the only one concerned about the victim of the accident?

Enter the Chathams, a warm, chaotic family who run a pizza parlor, play bluegrass on weekends, and pitch in to care for their mother, who has multiple sclerosis. Here Sydney experiences unquestioning acceptance. And here she meets Mac, gentle, watchful, and protective, who makes Sydney feel seen, really seen, for the first time.

The uber-popular Sarah Dessen explores her signature themes of family, self-discovery, and change in her twelfth novel, sure to delight her legions of fans.

P.S. I Still Love You by Jenny Han

*cover image not yet available

Given the way love turned her heart in the New York Times bestselling To All The Boys I’ve Loved Before, which SLJ called a “lovely, lighthearted romance,” it’s no surprise that Laura Jean still has letters to write.

She and Peter were just pretending. Except suddenly they weren’t. Now Lara Jean is more confused than ever.

When another boy from her past returns to her life, Lara Jean’s feelings for him return too. Can a girl be in love with two boys at once?

In this charming and heartfelt sequel to the New York Times bestseller To All the Boys I’ve Loved Before, we see first love through the eyes of the unforgettable Lara Jean. Love is never easy, but maybe that’s part of makes it so amazing.

2 thoughts on “Waiting On Wednesday”