Last Friday I had the amazing opportunity to attend the Book Expo of America here in New York City. Most of the major book publishers attend and attempt to sell their books to interested chains, bookstores, librarians and other industry professionals. This year was the first time they allowed non-professionals into the Expo and it was a bit chaotic. We were allowed in an hour after the event opened on its final day. The line was incredibly long and full of “Power Readers” who wanted to experience the event for themselves. As soon as the doors opened to us, many rushed around trying to gather as many ARCs (Advanced Reader Copies) as they could. Though I was as excited as everyone else for free books, I felt that some of the “Power Readers” were rude to the publishers and their representatives. Rather than interacting many chose to reach behind the counters or interrupt  sales conversations just for a free book. How rude!

All of that is a long-winded introduction to my list of books I received in the last week:

I won’t lie. Libba Bray is one of my all-time favorite authors. I devoured her

A Great and Terrible Beauty

series — it even played a huge part
in my senior prom! Needless to say, I’m thrilled to have an ARC
for this one!

Bared to You by Sylvia Day
One Sale Now

trilogy.
I met the author and got an autographed copy!

Eternally Yours by Cate Tiernan
On Sale: November 6, 2012

There was an error retrieving images from Instagram. An attempt will be remade in a few minutes. 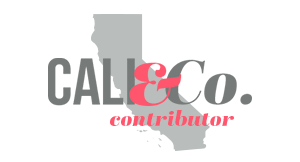