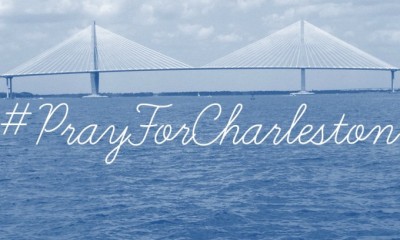 My heart is breaking. And if you have to ask why, just look at the headlines that scream about another mass shooting. Oh wait, they simply speak. They speak because in this country that was built on freedom and liberty, front-page shootings have become a regularity. They have become so commonplace that we are no longer surprised.

My heart is breaking because we have already tried to brush this incident aside with claims of mental illness as though that justifies what this man did. As if othering him with a diagnosis, a diagnosis issued by our  great nation of arm-chair doctors, will be enough to understand and close the case on what he did. But mental illness is not synonymous with violence. My heart is breaking for those who are diagnosed with mental illnesses every day who, because of incidents like this, feel as though they can’t own their illness and get help for fear of the stigma.

My heart is breaking because the state in which this occurred doesn’t seem to understand the cultural significance of flying a Confederate flag at their state capital. Doesn’t seem to understand that flying it had half-mast is even more of a slap in the face to the victims’ families who are gathering in their historically black church where just last night their family members met for prayer and were gunned down.

My heart is breaking for the church in which these people were praying and the fear of prayer this might inspire in others.

My heart is breaking for the families of those killed who have been thrust into the spotlight during the worst moment of their lives.

My heart is breaking for Charleston and the rest of the South who is being described by the media as “backwards” and as a breeding ground for hate.

But mostly my heart is breaking for our country. A country that fails to address its systemic racism even in light of so many recent incidents. It’s time to wake up and see what is right in front of our faces. We like to boil stigma and systemic racism down into sound-bites, into 140 character explanations, but for this and so many other things it does not work.

If you are interested in exploring issues of systemic racism in the United States, I recommend the following books:

If you are interested in donating to help the victims’ families and their community, check out these links:

Here are some insightful and thoughtful tweets I’ve seen. I’m putting them here in case they help you process or make you think.