You know those days when you just can’t seem to do anything right? Or perhaps you’re having a poor self-esteem day? Or maybe you just burst into tears for no reason. Sound familiar? Over the years I’ve developed a sure-fire remedy for all sorts of emotional problems. Here are a few of my favorite “prescriptions”:

END_OF_DOCUMENT_TOKEN_TO_BE_REPLACED

I use Grammarly’s free plagiarism checker because this post was born original, why make it a copy?

With a chill in the air and Halloween fast approaching its the perfect time to pull out some spooky reads. While some might like horror to get them in the mood for October 31st, I like to take a more historical approach! I’ve always been fascinated by witches in history, whether it’s the Salem witch trials or garden witches in 17th century England. Because I find the concept so fascinating, I’ve built up quite the list of witchy reads! 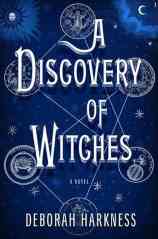 Harkness’s books are a no brainer for me. Diana is a researcher at the Bodlein library who has turned away from her family’s magical legacy. When a mysterious manuscript crosses her path she’s forced to confront the world she’s tried so hard to avoid. Befriending a scientific researcher from All Souls college, Diana traces the manuscripts history as well as her own. Check out my review of the sequel here.

More books after the jump!