I spent this past weekend in London (where I saw this play) and
has a blast! We stayed at the Harlingford in Bloomsbury which has allowed us to
really get to know the area–almost like a home away from home!

On Friday we explored Kensington Gardens and found the Peter Pan statue.

All great lovers of J.M. Barrie’s story, we had a great time frolicking around the statue and taking
a lot of pictures. We frightened more than a few locals but the pictures we got were priceless! 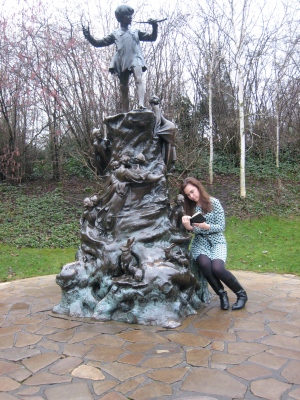 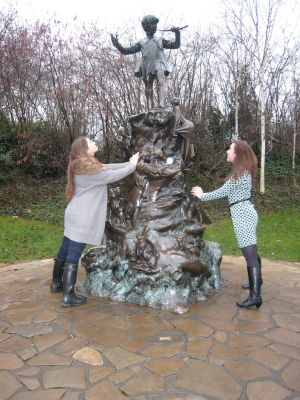 After getting our fill of the park, we headed into Kensington Palace to see a new art exhibit
Enchanted Palace. 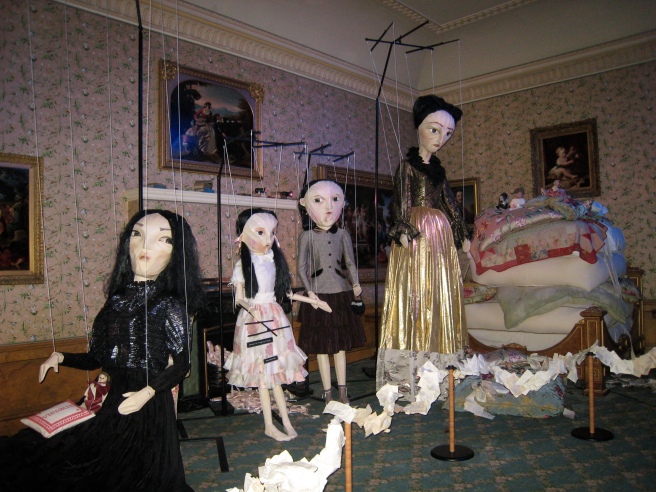 A creepy exhibit depicting the childhoods of many of the palace’s princesses, the art reminded
all of us that being a princess was neither fun nor easy! The above picture is from the Victoria
portion of the exhibit.

(This is me in one of the more creepy rooms of the exhibition.)

Friday night we saw Greenland at the National Theatre and while it was a thought-provoking
play about global warming, it wasn’t exactly spectacular.

An uneventful day for the most part, Saturday was spent trolling around London. I managed to
find a “must-have” coat and decided to break my 30 for 30 shopping fast since it was the last one
in the shop and it was handmade! I’ll post my review of Maribou later this week.

Sunday may have been the highlight of the trip–at least for me. A Tudor history junkie I was so
excited to spend a little time in Henry VIII’s notorious castle–Hampton Court Palace.

The palace was everything that I expected and more. Courtyards with gorgeous fountains, gardens that
rivaled the ones at Versailles and the most beautiful tapestries I’ve ever seen–and that was just the beginning!
The palace had board games from the time period, velvet shawls to put on, and a maze to get lost in. In short,
it was Tudor Heaven. While he may have been one of the most hated monarchs, he sure did know how to fix up
a house! 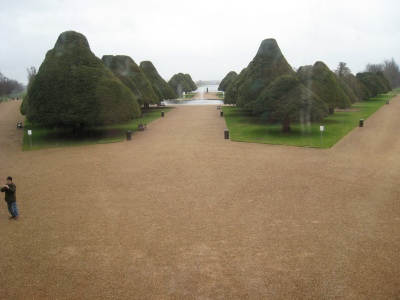 (Another view of the palace)

While we were there, I got the chance to model my new coat.

See how well I would’ve fit into the Tudor court!

That’s all for now folks!